I was listening to this sermon this morning and I had one of those moments when you realise how big something really is. It’s like looking at a picture of the Earth in comparison to the biggest celestial object and thinking, there’s nothing I can do to control what happens to the earth. If we were to be swallowed by a black hole, I’d be helpless to stop it.

It’s almost like the approach we have to death. We pretend that we have some sort of control over it, that we have plans for when it comes and when it doesn’t. But the reality of it is. We don’t. It’s not just heaven or nothing on the line here. Hell is not just a tap on the hand and a shake of the head. It’s an eternal physical, mental, spiritual torment. Eternal. Hell is everything God is not. Think of everything good in the world and now imagine it gone. Someone once described it to me like being in a pitch black room. You know that tension you get of not knowing where things are, what’s going on. It’s eternal darkness, plus pain.

The only reason any of us is here, is because of God’s sovereign mercy. The thing is, we don’t deserve it. We live in his world, indulging in ourselves, ignoring him, destroying his creation, seeking after meaningless and fleeting things when really he deserves our attention. We have no right to think that when we get to the end, we can just smile at Him sweetly and say please, and lay out all that we’ve collected and expect Him to be impressed.

If we don’t acknowledge or show interest in the mediator, Jesus, God has no obligation to let us in. Doesn’t that frighten you. Maybe not, think about it this way.

We don’t deserve heaven. We are already under the sentence of eternal death. Damnation doesn’t sleep, it’s real and waiting. Corruption is at the heart of man. Just because we can’t see it doesn’t mean we should feel far from it. Just because we think we can get ourselves out of it when the time comes doesn’t mean we preserve ourselves, even for a moment. All your efforts to escape it are useless. God has no obligation to do anything about it. Any chance that you are given is out of God’s mere pleasure.

In the end, your ‘safety’ measures amount to nothing. When you stand in front of the creator, when your life has ended, it doesn’t matter if you donated to charity. It doesn’t matter if you provided for your family. Were faithful to your spouse. Always apologised. Were successful in your field. Were generous, and loving, or attending church regularly. If you always prayed before eating. If you don’t acknowledge Jesus, God’s merciful and completely undeserved offer of forgiveness, God will let go of that sovereign thread and without mercy let you fall into the depths of eternal suffering.

Think about it. Seriously.

What struck me about this was: if this is such a massive deal, I need to live like it is. I can’t keep living like this eternal judgement is non-existent just because I can’t see it. I need to use my youth to the best of my ability, to live out the implications that come from such a situation.

If you ask someone what a Christian believes, almost anyone could answer you.

But ask the same people what a Christian life looks like and almost none could answer.

Jesus life on Earth was revolutionary, magnetic and controversial. He spent time with a huge diversity of people and lived a life in direct opposition to the current culture.

As followers of Jesus, our lives should come across as just as revolutionary. Our churches should be a magnetic community of hospitality, generosity, support, discipleship, peace and joy. We need to let God transform us and not be afraid to walk against the flow of culture and start seeing and living the world through God’s perspective.

Spurgeon: the Remembrance of Christ.

Forgetting Christ: a fault in us all – we forget him because we are still sinful and because the things of the world are so near and heaven is so far.

Remember his person: we may not have had the experience of knowing Christ in person but we know him in spirit. Just as the apostles did, we should remember the life he suffered for us.

Aids to memory: The Lords supper should be a time of remembering what Christ has done for you. The Holy Spirit and God’s word, the Bible, are also aids for remembering Christ.

Christ has found his friend Lazarus dead and whose sisters, Mary and Martha say to him the same thing: “Lord, if you had been here, my brother would not have died.” v21 and 32. But what this sermon focussed on was the contrast between Jesus’ response to them despite their same questions. And this demonstrates that he is both man and God.

Tim Keller Pointed out that this passage also demonstrates a conservative and liberal approach to life. Conservatives loving answers but not tears, they’re fixers. Liberals loving tears but not confronting people with truth. But neither of these are Jesus, he is both.

He also pointed out that in v33 and 38, the greek for deeply moved refers to a more ‘snorting and bellowing in rage’ and reflects that of a champion approaching his enemy (as Jesus approaches the tomb). He doesn’t just weep for Lazarus, but he weeps for all mankind that have to experience death and stand at coffins.

So not only does it demonstrate how we are to approach life, not just with answers or with emotions but with both, but it also shows what Jesus came to do. He came to defeat our enemy for us because we were helpless to do it on our own. 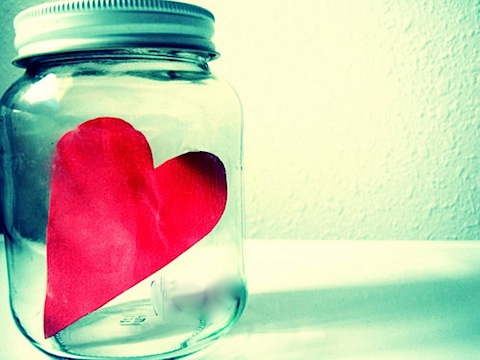 So I’ve started the 60in60 challenge, yeah it’s late I know, but I thought I’d just do a quick post every now and then on what I get out of the sermons. All sermons, for each day are available for download here.

Why do we sin?

What can we do about it?

“I will give you a new heart and put a new spirit in you; I will remove from you your heart of stone and give you a heart of flesh. And I will put my Spirit in you and move you to follow my decrees.” Ezekial 36:26-27

Christianity isn’t about dealing with issues by changing how you behave and fulfilling certain laws. It’s about getting a replacement heart, so you can start afresh and find joy and desire in living life the way it’s meant to be lived.